Algebraic expressions are the equations we get when operations such as addition, subtraction, multiplication, division, etc. are operated upon any variable. For example, let us assume that James and Natalie were playing with matchsticks and thought of forming number patterns using them. James took four matchsticks and formed the number 4. Natalie added three more matchsticks to form a pattern with two 4’s. They realized that they can keep on adding 3 matchsticks in each round to make one extra “four”. From this, they concluded that they need 4+ 3(n-1) sticks, in general, to make a pattern with n number of 4’s. Here, 4+ 3(n-1) is called an algebraic expression.

What are Algebraic Expressions? 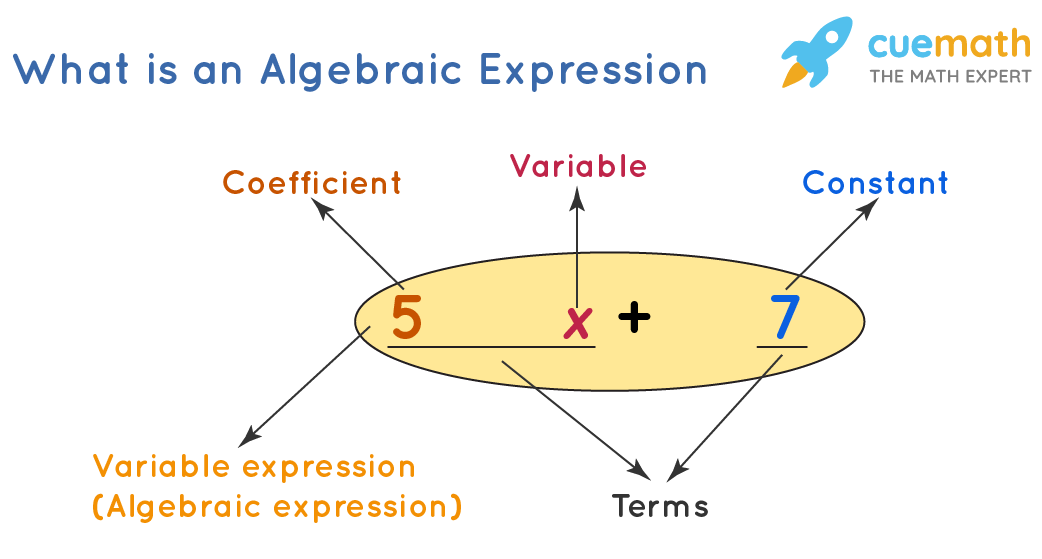 In mathematics, a symbol that doesn’t have a fixed value is called a variable. It can take any value. In the above example that involved matchsticks, n is a variable and in this case, it can take the values 1,2,3,… Some examples of variables in Math are a,b, x, y, z, m, etc. On the other hand, a symbol that has a fixed numerical value is called a constant. All numbers are constants. Some examples of constants are 3, 6, -(1/2), √5, etc. A term is a variable alone (or) a constant alone (or) it can be a combination of variables and constants by the operation of multiplication or division. Some examples of terms are 3x2, -(2y/3), √(5x), etc. Here, the numbers that are multiplying the variables are 3, -2/3, and 5. These numbers are called coefficients.

See also  Greater Than or Equal To 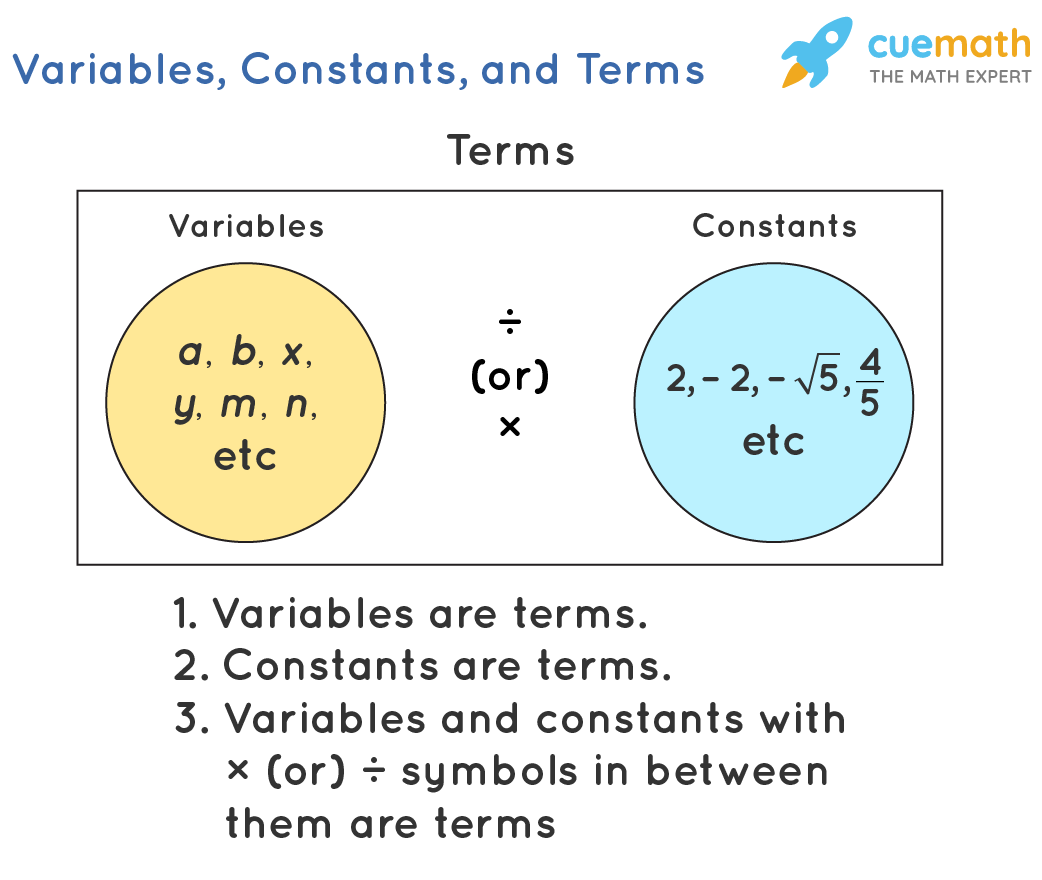 How to Simplify Algebraic Expressions?

How do you Describe an Algebraic Expression?

How Many Terms are There in an Algebraic Expression?

A term is a variable alone (or) a constant alone (or) it can be a combination of variables and constants by the operation of multiplication or division. We apply this definition to identify the terms in an algebraic expression. After we identify the terms, we can just count them.

Why are Algebraic Expressions Useful?

The algebraic expressions use variables (which take multiple multiples) in order to describe a real-life scenario. Instead of saying “The cost of 3 pens and 4 pencils”, it is simple to say 3x+4y where x and y are the costs of each pen and pencil respectively. Also, writing a real-life scenario as an expression helps to perform mathematical calculations.

How do you Identify an Algebraic Expression?

An algebraic expression is a combination of variables and constants. However, no equalities should be present in it. Otherwise, it will become an algebraic equation.

How to Simply an Algebraic Expression?

To simplify an algebraic expression, we just combine the like terms and solve further to get a simplified form of the expression..

Is 7 an Algebraic Expression?

Yes, 7 is an algebraic expression, because it can be considered as a monomial.

What are Algebraic Expression and Equation?